The Nives basin, an exceptional heritage in the Basque Country.

In landscapes of majestic wild beauty, or the villages with architecture and exceptional historical character, practicing the art of fly fishing is a must that will make you reach a feeling of fullness and harmony with nature that you will not forget.

Consult the regulations and practical information on the Nives basin and the Basque country in general. 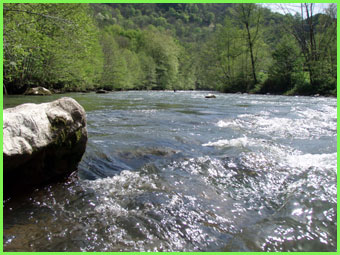 La Grande Nive, The powerful "Grande Nive" is formed by the addition of the waters of the "Laurhibar", the Nive of "Béhérobie" and those "d'Arnéguy", joining downstream of "St Jean Pied de Port "at a place called" the three waters ". Lower down, upstream from the village of "Saint Martin d'Arrossa", it is further reinforced by the waters of the "Nive de Baïgorry", then those of the Bastan at Bidarray. Its course is quite fast, until the end of the "Pas de Roland" near the village of "Itxassou", then it settles down to Bayonne where it meets the Adour. The fish may be less numerous, but reach substantial average sizes, not to mention the sea trout and the salmon that can be caught there. 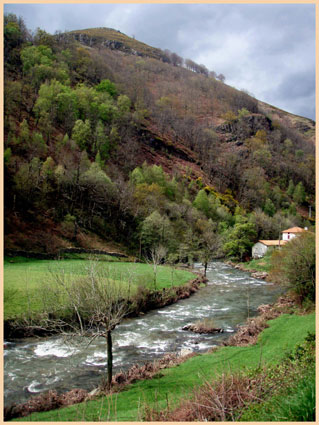 La Nive des Aldudes and Baïgorry, Magnificent semi-limestone river, flowing in a wild setting of great beauty. The upstream limit happens to be the border with Spain upstream of the small village of Urrepel, that of the downstream ends at the entrance of Saint Etienne de Baïgorry where it takes the name of Nive de Baïgorry. Access to its banks is fairly easy most of the time, but can be difficult in tight areas where progression will be conditioned by the water level, and often exuberant vegetation. Constituting the continuity of the "Nive des Aldudes", the "Nive de Baïgorry" ends by confusing its waters with those of the "Grande Nive" upstream of the village "d'Ossès". The routes offered are more accessible because they are more urban, and the river widens. Fishing in the village of "Saint Etienne de Baïgorry" has a particular charm, with the castle of Etchauz, or the Roman bridge, overlooking the river.

La Nive de Béhérobie, It is at a place called "source de la Nive" that the torrent literally comes out from between large boulders, up to about 2 km further down the Nive de Béhérobie flows there in its most wild. Then joining the road near the "Auberge des sources de la Nive" its course is easily accessible from the small road that runs along it to the village of "Saint Michel". The river is very full of fish, and the activity of trout is particularly regular. The spectacular course of the Sousignaté gorges is to be preferred if you are a sportsman and a lover of tranquility. 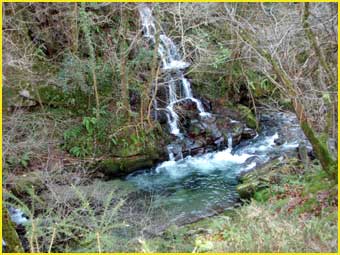 The Nive d'Arnéguy, Rising in Spain towards the "Roncevaux" pass, it begins to offer a French shore a few kilometers upstream from the Spanish village of "Valcarlos" at the hamlet of "Gaïnecoleta". Up to "Arnéguy", this is a very sporty and wild sector. It merges with the Grande Nive at a place called "les trois eaux" downstream from "St Jean Pied de Port". According to the electric fishing practiced by the CSP, it is the most fish-rich Nive, and It is not uncommon to be able to observe some salmon in the fall.

The Laurhibar, descending from the heights of Iraty, in very wooded gorges, the torrent settles down by emerging upstream from the village of "Mendive". This superb semi-calcareous stream offers probably the largest trout in the basin with the Nive de Baïgorry. Its course less tumultuous than the other Nives, on the other hand offers deep holes in quite a large number. 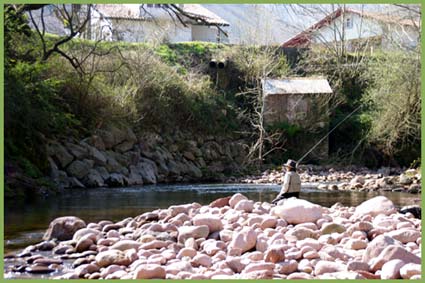 The Bastan, a splendid torrent flowing in a magnificent wild setting, it descends from a deep valley in Spain and merges with the great Nive at "Bidarray". It has the particularity of running on a rocky bottom of pink sandstone. Very well populated with salmonids, it has the reputation of being difficult to fish. 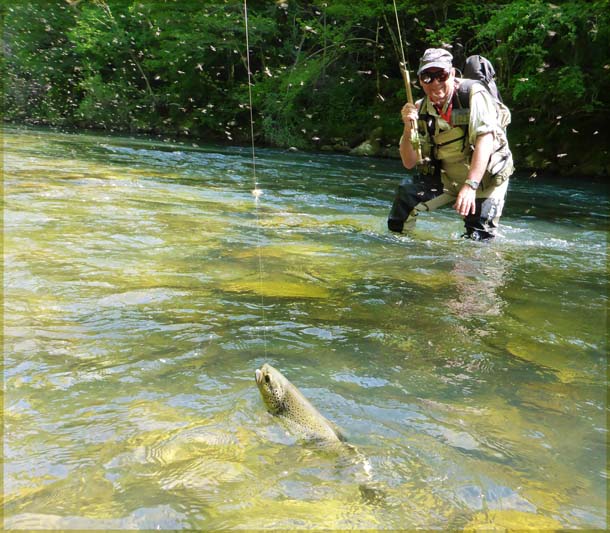 The Rio Iraty (Irati in Spain), a very wild river in its French part, in addition to being populated by a population of Mediterranean trout (striped with dark bands), it is also the river that Ernest frequented Hemingway in the 1920s (see his book "The sun also rises" chapter 11).